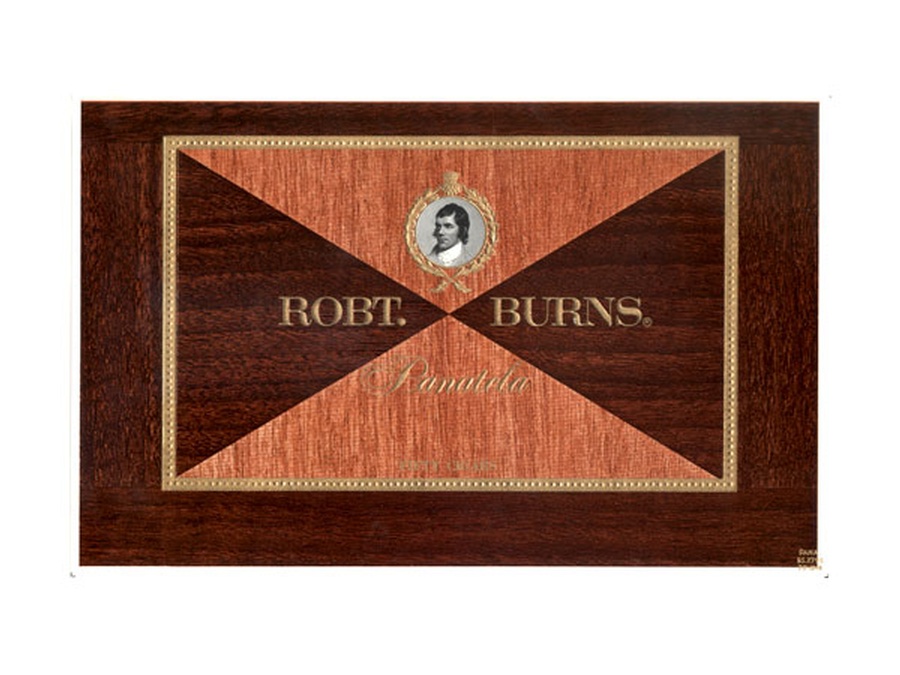 This striking cigar box label for Robt. Burns Panatela cigars measures 10” Wide x 6.25” High and features an image of the poet. Born in 1759, the son of a tenant farmer, Robert Burns only lived to the age of 37. He is regarded as Scotland’s greatest poet and his views of nature and the simple life were expressed through his blending of verse, dialect, and folksong. Robert Burns, however, is most known for his restoration of the song, Auld Lang Syne.

The Robert Burns brand was part of General Cigar Company’s machine-made cigar operations and was purchased in 1998 by Stockholm-based Swedish match, the second-largest producer of cigars in the world, who has been aggressively expanding into the North American cigar market.