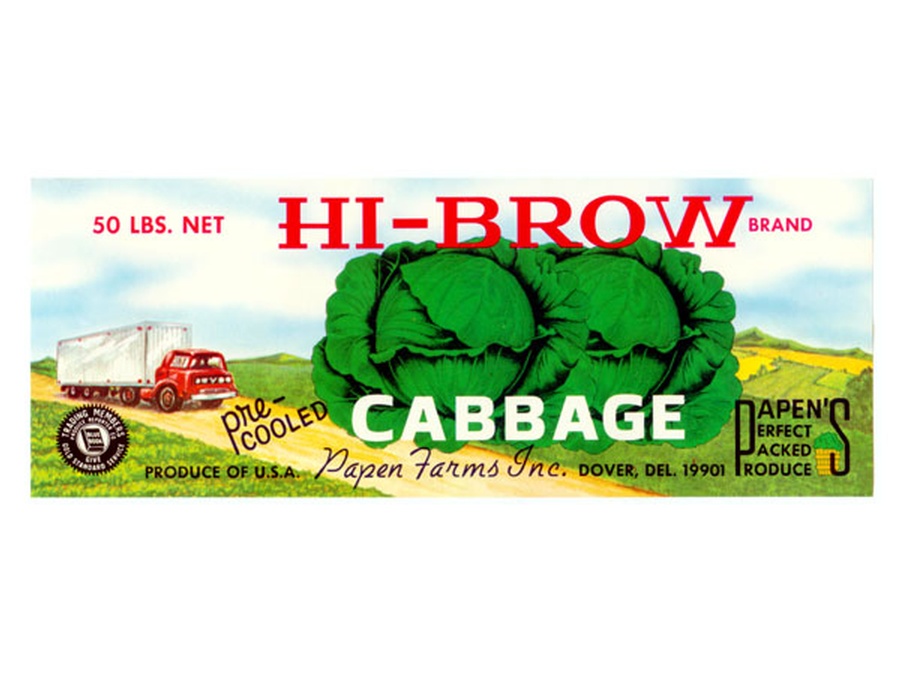 This vintage crate label comes from Dover, Delaware, and measures “ Wide x  “ High and is from the 1960s. The label features a large pair of cabbages in the center with the farm in the background and a dirt road with an old style semi-trailer headed to the farm. This vintage label went on a 50 pound box of cabbages. The produce was grown and packed by Papen Farms, Inc.

George Papen was born in New Jersey of German stock, his original name was Von Papen. He and his brother, John, began farming in 1920s. Papen was one of many farmers who left New York and New Jersey in the 1950s, migrating to lower Delaware to escape the crush of post-World War II development. He started the farm on an original 300 acres of land that built to 1,500 acres producing cabbage, corn, green beans, cucumbers, and peas. Even at 95 years old and 101 degrees outside, he would be out back at the farm making sure there was water and the crops were growing. He died on February 8, 2009, just 6 months short of his 100th birthday. The farm is still in business today, run by his children and grandchildren.