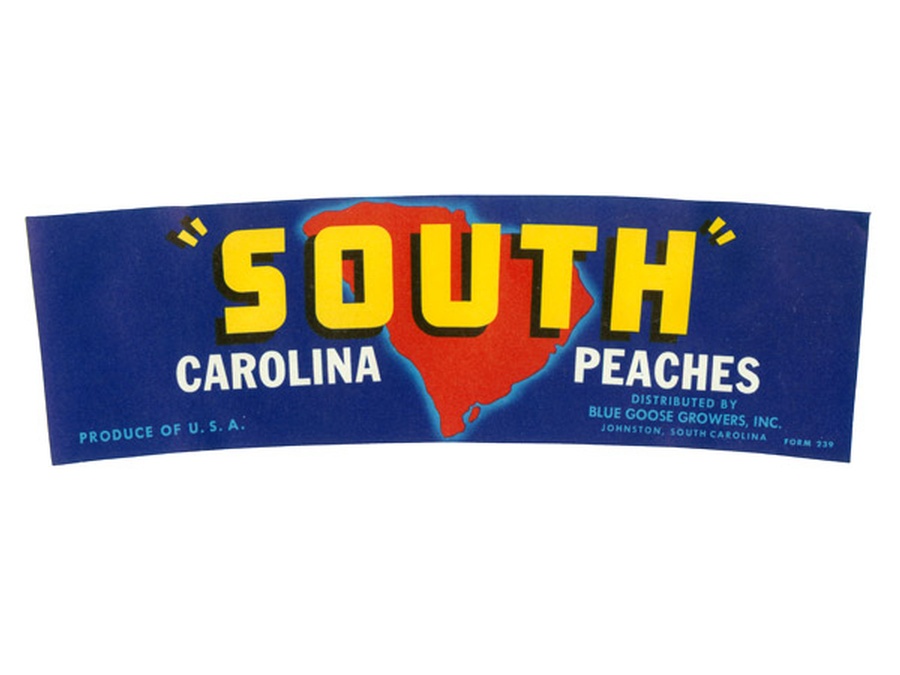 Our “South” Carolina peach basket label measures 2.6” x 8.75” and is from the 1950s. The label features the outline of South Carolina in the background and the fruit was grown and distributed by Blue Goose Growers, Inc. of Johnston, South Carolina.

The peach industry has been a major economic factor to Johnston and the town carries the title “Peach Capital of the World.”  Located in the rolling hills of west central South Carolina, Johnston was founded in 1870 when the first railroad came through. Gracious Southern homes of the Victorian era line the main streets and provide that small town atmosphere that many Americans think of as the South.

While Georgia dominated the early peach industry, many South Carolina farmers began replacing row crops, such as asparagus, with peach trees in the 1920s. Peach production grew at an incredible pace and in 1946 surpassed Georgia for the first time. In 1948, South Carolina out-produced California to claim the title of largest peach producing state.